skip to main | skip to sidebar

Last Monday was a profound evening hearing Dr. Charles Krauthammer speak to the Center for the American Experiment. He is a brilliant intellectual, seasoned & articulate. He is forthright & careful in his analysis; news resorts to emotions or personal insults. He is NOT a fear monger nor an extremist in his comments & views. He is a fiscal conservative & has a Pulitzer prize for writing. He is a frequent contributor to Fox News & writes weekly for the Washington Post. The entire room was held spellbound during his talk. I have shared this w/many of you & several have asked me to summarize his comments, as we are living in uncharted waters economically and internationally. Even two Dems at my table agreed w/everything he said!


A summary of his comments:

1. Mr. Obama is a very intellectual, charming individual. He is not to be underestimated. He is a 'cool customer' who doesn't show his emotions. It's very hard to know what's 'behind the mask'. Taking down the Clinton dynasty by a political neophyte was an amazing accomplishment. The Clintons still do not understand what hit them. Obama was in the perfect place at the perfect time.

2. Obama has political skills comparable to Reagan & Clinton. He has a way of making you think he's on your side, agreeing w/ your position, while doing the opposite. Pay no attn. to what he SAYS; rather, watch what he DOES!

3. Obama has a ruthless quest for power. He did not come to Washington to make something out of himself, but rather to change everything, including dismantling capitalism. He can't be straightforward on his ambitions, as the public would not go along. He has a heavy hand, & wants to 'level the playing field' w/income redistribution & punishment of the achievers of society. He would like to model the USA to Great Britain or Canada.

4. His 3 main goals are to control ENERGY, PUBLIC EDUCATION, & NAT'L HEALTHCARE by the Fed. govt. He doesn't care about the auto or financial services industries, but got them as an early bonus. The cap & trade will add costs to everything & stifle growth. Paying for FREE college education is his goal. Most scary is healthcare program, because if you make it FREE& add 46,000,000 people to a Medicare-type single-payer system, the costs will go thru the roof. The only way to control costs is w/ massive RATIONING of services, like in Canada. God forbid.

5. He's surrounded himself w/mostly far-left academic types. No one around him has ever run even a candy store. But they're going to try to run the auto, financial, banking & other industries. This obviously can't work in the long run. Obama's not a socialist; rather a far-left secular progressive bent on nothing short of revolution. He ran as a moderate, but will govern from the hard left. Again, watch what he does, not what he says.

6. Obama doesn't really see himself as President of the USA, more as a ruler over the world. He sees himself above it all, trying to orchestrate & coordinate various countries & their agendas. He sees moral equivalency in all cultures. His apology tour in Germany & England was a prime example of how he sees America, as an imperialist nation that has been arrogant rather than a great noble nation that has at times made errors. This is the 1st President ever who has chastised our allies and appeased our enemies!

7. He's now handing out goodies. He hopes that the bill (& pain) will not 'come due' until after he's reelected in 2012. He'd like to blame all problems on Bush from the past, & hopefully his successor in the future. He has a huge ego; Mr. Krauthammer believes he is a narcissist.

8. Republicans are in the wilderness for a while, but will emerge strong. We're 'pining' for another Reagan, but there'll never be another like him. He believes Mitt Romney, Tim Pawlenty & Bobby Jindahl (except for his terrible speech in Feb.) are the future of the party. Newt Gingrich is brilliant, but has baggage. Sarah Palin is sincere & intelligent, but needs to really be seriously boning up on facts & info if she's to be a serious candidate in the future. We need to return to the party of lower taxes smaller govt., personal responsibility, strong Nat'l defense, & states' rights.

9. The current level of spending is irresponsible & outrageous. We're spending trillions that we don't have. This could lead to hyperinflation, depression or worse. No country has ever spent themselves into prosperity. The media is giving Obama, Reid & Pelosi a pass because they love their agenda. But eventually the bill will come due & people will realize the huge bailouts didn't work, nor will the stimulus pkg. These were trillion-dollar payoffs to Obama's allies, unions & the Congress to placate the left, so he can get support for #4 above.

10. The election was over in mid-Sept. when Lehman brothers failed. Fear & panic swept in, we had an unpopular President, demonized by the media, & the war was grinding on indefinitely w/o a clear outcome. The people are in pain & the mantra of 'change' caused people to act emotionally. Any Dem would have won this election; it was surprising it was as close as it was.

I hope this gets you really thinking about what's happening in Washington & Congress. There's a left-wing revolution going on, according to Krauthammer & he encourages us to keep the faith & join the loyal resistance. The work will be hard, but we're right on most issues & can reclaim our country, before it's far too late. Rick
Posted by Mad Mom at 1:24 PM

The revolution has started already. It is time to choose a side and be ready to demonstrate allegiance to the Republic and the Constitution. Today eight Republicans became traitors by voting for the largest tax bill in the history of the United States. A bill which will eliminate as many as a million jobs a year. How does that track with Bozo's stated concern about the unemployment level? Not well I think. It only tracks well with his agenda to kill the economy and steal the wealth of your children and their children. Yep, the revolution has started.

How right you are Undertaker. I think the House's obvious and absolute disregard for the will of the American People will prove to be the catylist we need to move forward. Our local group is planning demonstrations against one of our supposed "Blue Dog" dems who voted Aye. We will remove him from office in 2010.

Undertaker. Why such a grim photo. This isn;t time for nuclear war, it is time for peace and...h..o..p..e. Do I dare say it? Alas if Obama heard me, he would be angry. Help me John, Help me Rush!
Sorry couldn't resist.
Chabs

Charles is spot on.

So a leader who doesn't think with his gut (remember Bush "looking into Putin's eyes"?), is bad? Mr. Krauthammer knows who Obama is "behind the mask"? I'm a political science major, so let me tell you, the first thing any politician starts thinking about when they get elected is how to get re-elected. So this BS about how Obama really wants to destroy America is exactly that: BS. I watched Mr. Krauthammer cheer-lead for Bush for eight years, sorry if I feel he lacks any credibility.

"It does not require a majority to prevail, but rather an irate, tireless minority keen to set brush fires in people's minds." -- Samuel Adams, 1722 - 1803

Tell Our Government Leaders What You Think 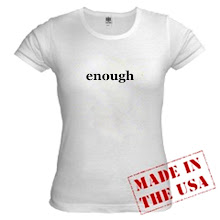 Say What You Mean with Smart, Stylish, and Fun Holiday Gifts!